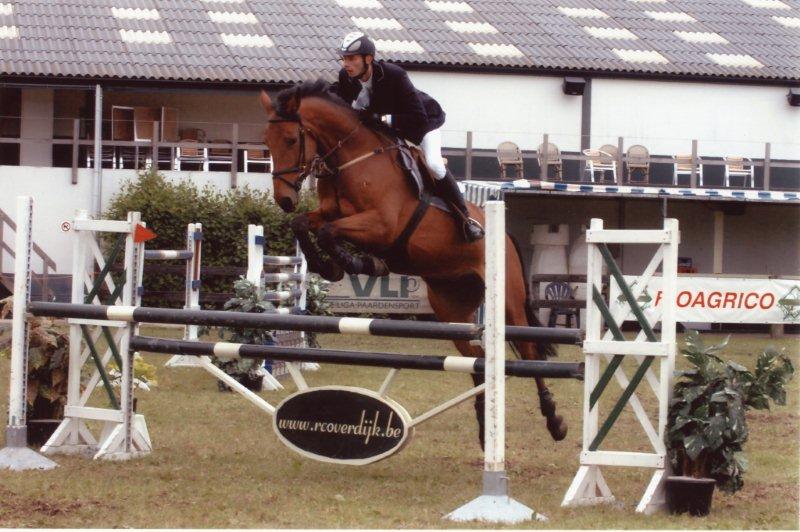 Noisette des Vaux was bought in France and started breeding almost immediately, after running the cycle for five year olds for one season. Noisette's dam, Altesse desvaux, has an ISO 152 and a 10.5 pace which means she is a top dam. She also has several offspring who jump internationally. She jumped international at 1.60 level herself. Muguet du Manoir was in first place as père du mère in 2007.

Noisette has two approved sons: Hos d'O (for breeding with Joris de Brabander) and Istacum d'O (for breeding at Bosteels Stables). She also has an approved grandson, Jus d'O (approved stallion at the Rising Star Farm, Texas) from For a Few Dollars More d'O.

nIn 2014 Noisette unfortunately had to be put to sleep at the age of 13, after a severe injury.

View the full performance pedigree of Noisette on Hippomundo.